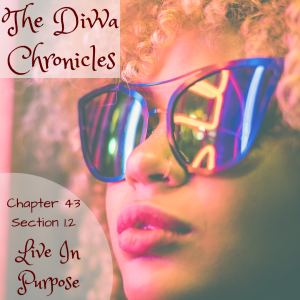 Accept the Past, Embrace the Future & Live in the Present

For the last 30 years of my life accepting who I am has been a challenge and a bitter fight. However how could I accept who I was when I did not know who I was?

For the last five years I have been on this journey to accept my past. No matter how horrific, uncomfortable or unpleasant it has been. My past is my foundation it is what gave me strength, taught me lessons and gave me a sense of what I needed to do in my future.

For the time I could remember I was beaten by my mother and because I would try to always protect my baby brother, I got the brunt of the abuse. We would have some goods days but for me the bad outweighed the good. My mother was a drug addict and her drug of choice was Heroin.  She had her ups and downs, you become numb to the roller coaster. But one day that all changed for the worse. My mother was coming down hard of her latest high and this day she did not have any money to pay her dealer for her next high, and on that day I became her currency. The dealers and the pimps did not care that I was a child, they all were getting what they wanted and more and my mother did not have the capacity to care because to alleviate and obliterate her pain she placed me in pain. On that day I learned that women cannot be trusted and sex was just a means to an end, I was 5 years old.

The beatings continued and being abused sexually by people whose house’s we stayed at, abuse was so engrained in my being that is was normal and when I would visit my grandmother and no one bothered me I thought that they were strange and weird, not understanding that I was never supposed to be exposed to what I had been exposed to at such a young age.

I remember the last beating from my mother like it was yesterday, she was coming down off a major high, she had no money and this particular dealer made it very clear he was not going to touch me because that is not how be rolled. He left and all her rage was directed at me. She finally passed out on the bed and I told my brother, not to come from behind that partition. Only do so if I came and got him or the police, he was crying and I was black and blue, I had no more tears left and I no longer cared, this was the last time she was going to hit me.  I found her machete, sat on her chest and waited hours for her to wake up, and when she did, I pressed as hard as I could but it would not cut her, and when it did not cut her I warned her that if she ever hit us again I would kill her.

Later that day she dropped up off at a friend’s house and that was the last time I saw her alive, the year was 1983 and I was 8 years old.