Be strong and of a good courage, fear not, nor be afraid of them: for the Lord thy God, he it is that doth go with thee; he will not fail thee, nor forsake thee. Deuteronomy 31:6 (KJV) 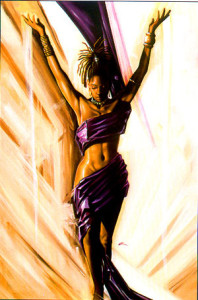 As I sit and reflect on the closing of another year, I am truly amazed that I have made it this far! I know that it is not of my own doing but of God; he is an ever present force in my life and he is guiding my path. 2014 has brought me some amazing highs and some crushing lows. But throughout it all God has been directing my path.

This was a year of finally address and facing fears and issues that have plague me all of my life and accepting that I cannot be everyone’s clean, fix, make it right girl. I have learned how to say no without feeling guilty and I have learned that I am justified in my feelings when it comes to past hurts.

However may major turning point for me was when God allowed me to see why I am still battling with so many things and that was the Fear of Stability. I know most will look at this crazy but read on. As a survivor of child and sexual abuse my life was always embroiled in chaos and uncertainty. So what I learned as a child I carried over in adult life. Yes I was successful business wise but personally everything was chaotic, but I was scared to change it because it was something that I was comfortable with and used to. I did not like it but the fear of the unknown always kept me in crazy situations.

So I began doing the things that scared me the most, I started working on having stability in my life, not accepting the status quo and when craziness ensued I began to speak up about it and not let it slide and the journey has been amazing. This year truly have been a year of purging and refining. God has position me to truly walk in the purpose that he put in motion from the time I was brought into this earth and 2015 is the revelation of what he has given me to give to you.